Plyometrics are a highly intensive training modality and can come with muscle damage and soreness especially when high volumes of ground impact forces are used. One possible method to get around this is to perform plyometrics in a pool. An aquatic setting creates a nonimpact environment which produces less strain on muscle, bone, tendon and ligaments compared to on land [1]. Furthermore, increased resistance while in water requires additional muscle activation and exercise in water has been shown to enhance muscular strength [1]. So can training in water be a secret performance enhancer without risk? Robinson et al. [1] investigated the effects of land vs. aquatic plyometrics on various performance variables.
​​ 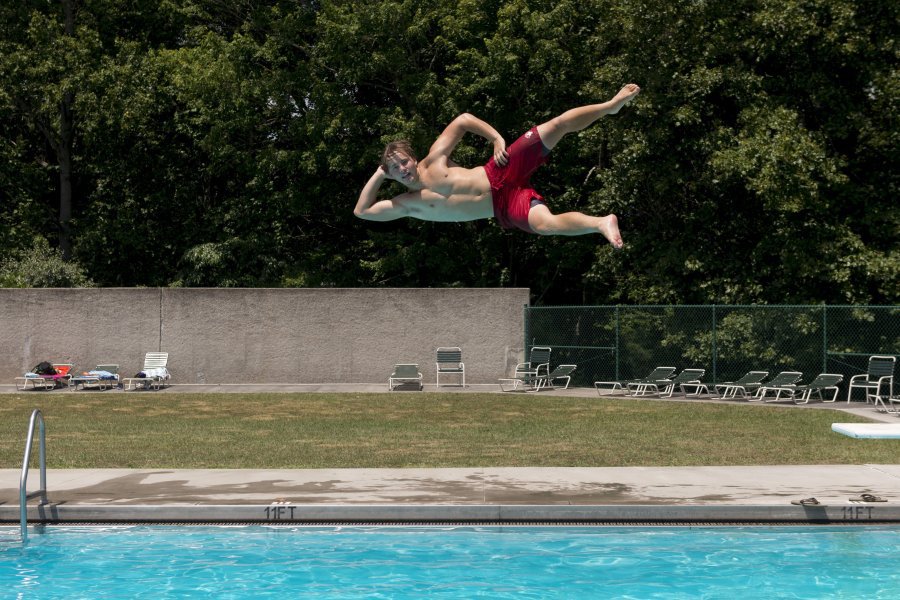 Not quite what I had in mind for aquatic plyometrics

32 physically active women from university participated. Subjects had been involved in sports for an average of 5 years. Subjects were randomly split into 2 groups after being matched for vertical jump heights. The intervention was 8 weeks with both groups performing the same plyometric training program with one group on land and the other in water. Vertical jump, peak torque through isokinetic testing of the quads and hamstrings, 40m sprint and muscle soreness were assessed pre, halfway and post the 8 week intervention. The plyometric training intervention was performed 3 days per week, each session lasting 65mins including warmup and cooldown. 50mins being plyometric training which consisted of 3-5sets of 10-20 reps of 10 drills of various bounds, hops and jumps. Sadly, they do not specify the exercises they used.

There was no performance difference between the land and aquatic training group in all variables measured.

Significant increases in vertical jump, peak torque and 40m sprint velocities were observed in both groups with all variables improving from week 1 to 4 and week 4 to 8.

Muscle soreness was similar for both groups immediately post exercise but was significantly lower in the aquatic training group 48 and 96 hours post training compared to the land training group. 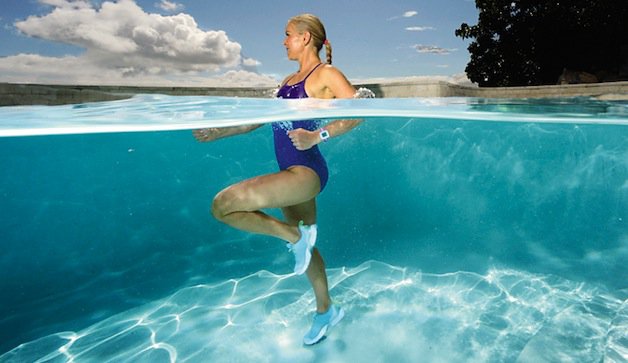 What Does This Mean For Your Training?

It is difficult to extrapolate this data to a trained population of athletes whether they be male or female. However, there may be certain periods of a season or situations where performing plyometrics in a pool could potentially be more beneficial than performing them on land. if you have injuries, this may be a great way for you to get plyometric work in without aggravating your lower body. Furthermore, this could potentially be a very good protocol to cycle in and out during the season where fatigue and soreness are very high.

Plyometrics not only act as a performance enhancer, but as injury prevention where heavy impacts are taken during sporting activities such as jumping and sprinting. Training underwater does not prepare you for these tasks as landing impact forces are significantly reduced. During the preseason, I would recommend staying away from reducing impacts during plyometric exercise as it is important to provide the stimulus you want your athletes to adapt too. Reducing stress to the system in the preseason is only going to bite you in the ass come in season when large distances are covered meaning repetitive impacts are performed.

Here’s an example of what you might perform in a pool plyometric session when applicable combining various, hops, jumps and bounds.