A Novel Way To Get Faster Using Blood Flow Restriction

We have written many articles on improving sprint speed through many modalities of training. However, we have yet to write about getting faster without sprinting. It seems like a sham, how can you get faster without running fast? One 2014 paper showed no benefits of replacing one of their weekly soccer training sessions with a sprint session at 90% of individual max speed [1]. However, they found no negative effects either so this paper does show some promise. Lower intensity training paired with blood flow restriction has shown to induce hypertrophy and strength gains using approx. 20-30% of 1RM. Can this same concept also work with sprint training? Behringer et al. [2] set out to investigate low intensity sprinting training with blood flow restriction (BFR) on the 100m sprint.

25 healthy male sport students who were familiar with sprinting were randomly assigned into an intervention group or a control group to assess the effects of a 6 week low intensity sprint training program. Both groups performed 6 consecutive 100m “sprints” at an intensity of 60-70% of their predetermined best sprint performance with 1 minute rest between sprints. The only difference between groups was the intervention group (IG) applied BFR to the upper portion of the thigh (as high as possible) while the control group (CG) did not use BFR. The cuff to restrict blood flow was an elastic knee wrap and left on for the entire 6 sprints including rest periods. Pressure was moderate and a perceived pressure of 7/10 was used. Researchers looked at the effects of this protocol on 100m sprint performance, strength testing, and muscle thickness. 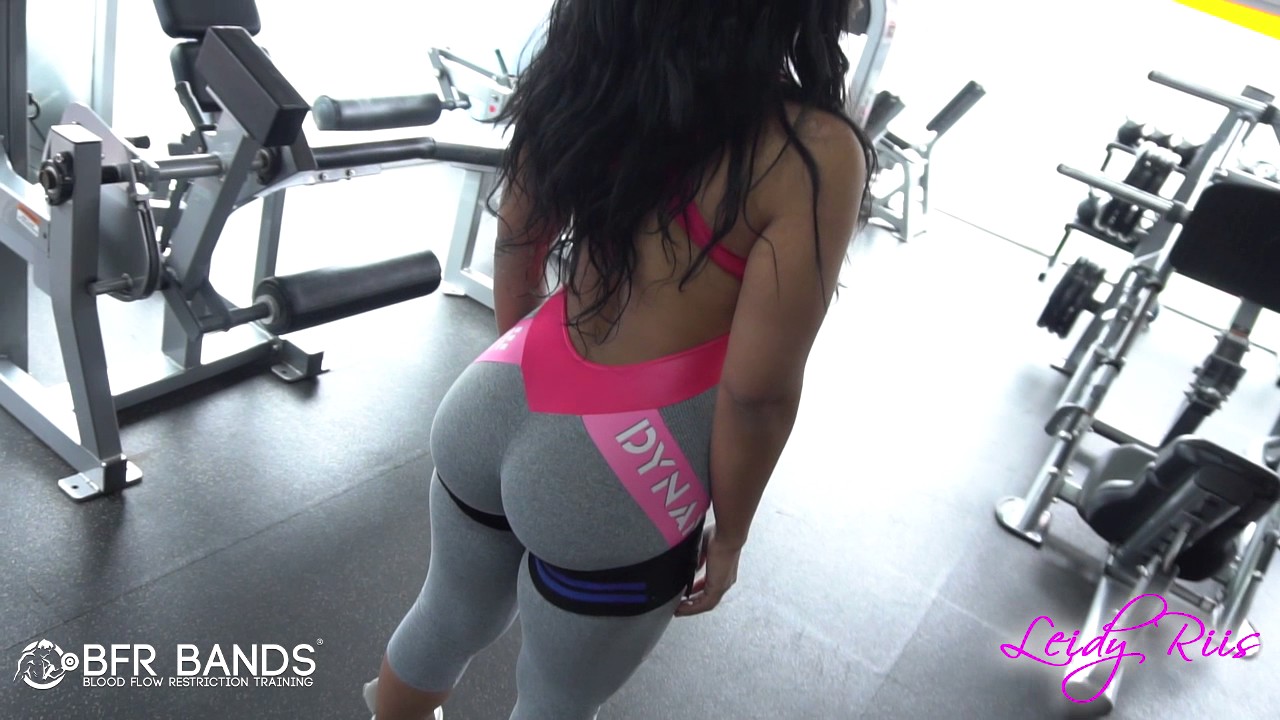 The only picture I could find with the cuffs at the right height as per this study.

What Were The Results Of Blood Flow Restriction?

100m sprint time significantly decreased in both groups but more so in the BFR group (0.38 ± 0.24sec & 0.16 ± 0.17sec respectively). Maximal force in the leg press, thickness of the of rectus femoris muscle (quadricep), and rate of force development during the leg press (how quickly force is produced) all increased in the BFR group compared to no significant changes in the control group.

While subjects in this study were relatively slow & untrained, this has huge implications for the injured athlete who can’t sprint 100%.

Performing submaximal runs with BFR could potentially be a way to maintain sprint performance in higher level athletes during injury periods.

You can use pretty much any elastic wrap as a BFR cuff and tie it to a perceived tightness of 7/10 for the duration of your training. In addition to this, submaximal BFR running may be a way to enhance sprint performance of untrained athletes without exposing them to potentially harmful high velocities early. Building up to 100% sprint efforts using BFR rather than without may give you a head start when it comes time to sprinting maximally.